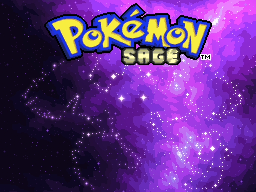 We want to hear from you! Please consider leaving feedback and bug reports via the following links:

How to Play the Demo

Windows or your anti-virus software may report "Game.exe" as being unsafe to run. You can ignore this warning; it is due to Sage being an unverified publisher.

Pokémon Sage is not a ROM hack! You do not need an emulator to play it.

How to Patch Your Game

You may have downloaded the Pokémon Sage demo, but then a newer version becomes available. You can see the version number and release date above. Downloading and playing the new version is as simple as the first time you did so.

Note: Your save file will NOT be compatible with the final version of Pokémon Sage (the full release). There are currently no plans to offer this compatibility.

Can I Play on Mac or Linux?

If you are playing on a Mac and have Wine installed:

If you are using Linux, we recommend disabling gstreamer to help with audio compatibility. Follow these steps to do so:

NOTE: Pokémon Sage and RPG Maker XP are created for Windows machines only, and are only developed and tested on them. Trying to play Sage on Linux or Mac is known to be a little unstable. There is little we can do to improve performance for non-Windows machines. That said, here are some tips:

Below is a list of known issues (both bugs and other shortcomings/incomplete features). We already know about them; you don't need to tell us about them again.

Pokémon Sage is created by Anonymous. However, it is only right that we give credit to non-Sage people who made public resources used by this game: