Vivace City is a flashy entertainment destination located in south-east Urobos at the intersection of Route 11 and Route 12. The city is entirely underground, requiring an elevator to get into. It features multiple casinos and the Vivace Gym, the fourth gym of the Urobos League.

Vivace is divided between the newer, glitzier Upper Vivace and the older, rundown Lower Vivace. Most of the city's major landmarks, including the casinos and the gym, are located in Upper Vivace.

There are three major casinos in Upper Vivace: the Brass Palace, the Ostina Casino, and the Back Beat. The player can partake in several different games at the casinos and try to win prizes such as items or Pokémon.

The Train Station is located in the northeastern part of the city. The player can board a train here to travel to other cities in Urobos.

The Vivace Gym is the official Gym of Vivace City. It is based on Dark-type Pokémon. The Gym Leader is Shadini. Trainers that defeat him receive the Jester Badge.

The Poké Mart is located east of the northern entrance into the city.

If the player chose Foliat:

If the player chose Kidling:

If the player chose Aguade: 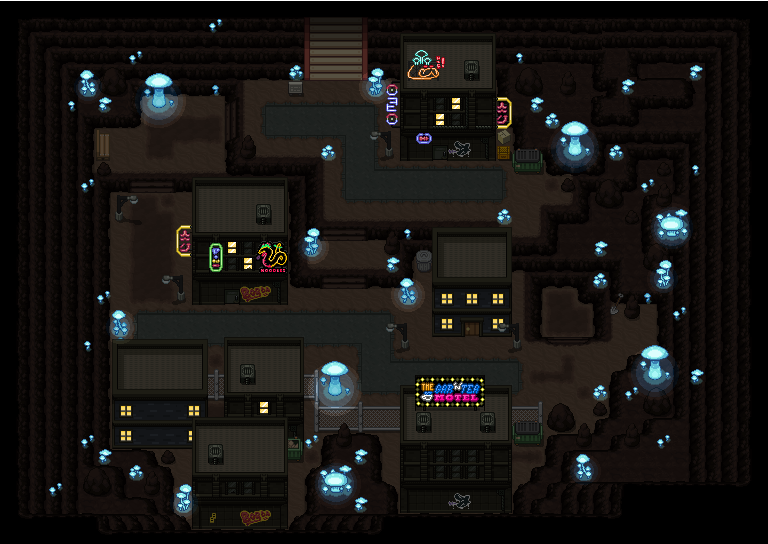